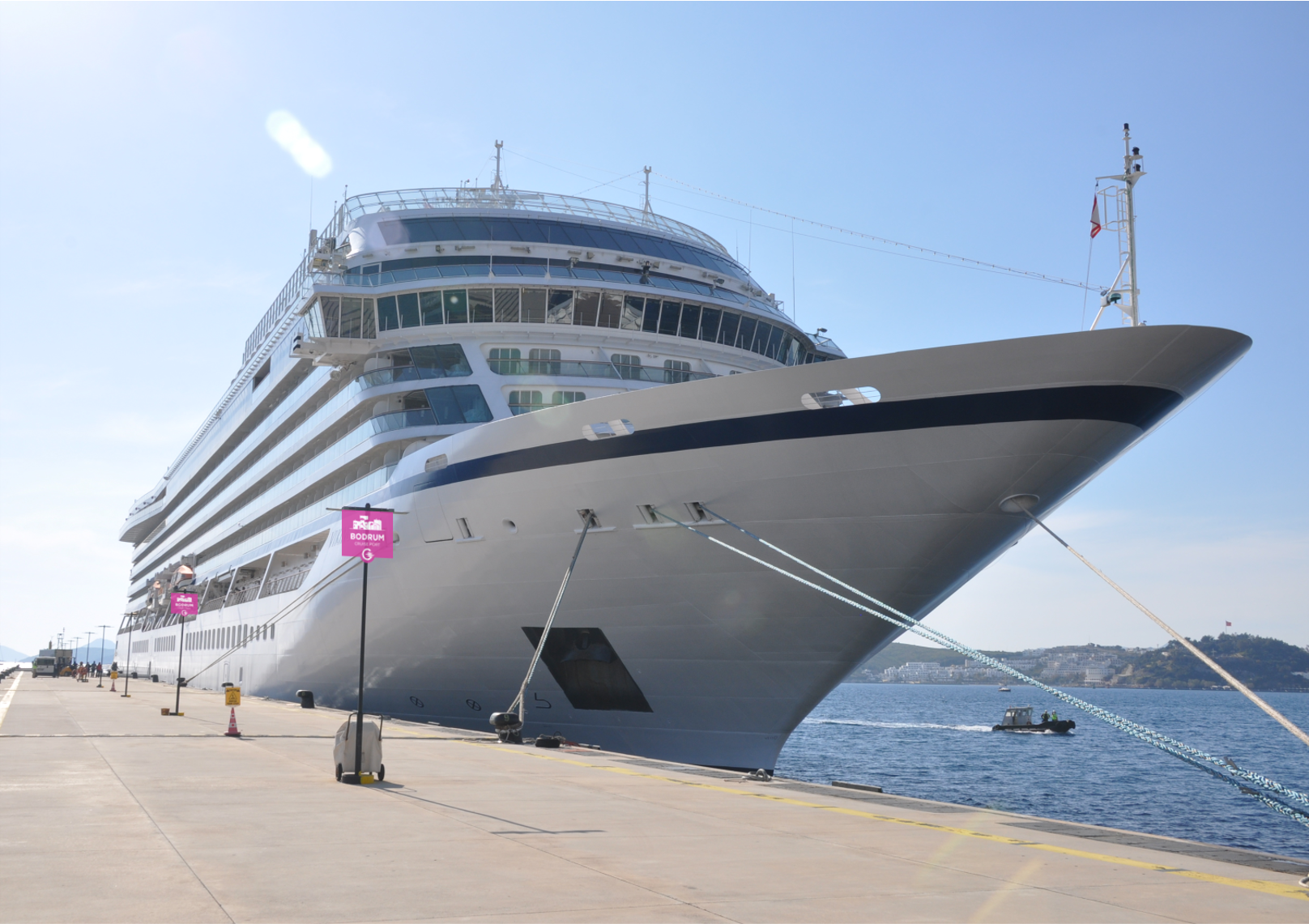 The first cruise ship of the season, Viking Sea, came to Bodrum, Turkey for provisions and crew. The ship, which suspended its voyages with the pandemic, accepted a crew of 90 from various parts of the world, at Bodrum Cruise Port to prepare for the upcoming cruise season.

Viking Sea’s crew arrived one by one with buses. They boarded the ship after their temperature checks, all the while in accordance with the social distancing guidelines. The GPH Health, Safety and Environment Protocol, which includes COVID-19 measures, was implemented during the operation process. Within the framework of the measures taken, the crew's luggage were disinfected and taken to the terminal building. Everyone involved in the operation followed the same rules.

Haluk Hızlan, General Manager of Bodrum Cruise Port; “The Viking Sea call is an indication that the cruise industry, which has been affected by COVID-19 since 2020, is slowly starting to revive. Today, we have taken all necessary precautions in cooperation with the officials of the General Directorate of Border and Coast, Bodrum Port Authority, Bodrum Marine Police and Bodrum Customs Directorate. The successful operation will also be an important reference for future calls. Thanks to the startegic location of Turkey, its air connectivity and ease of visa application, I believe that we will see many more calls to Bodrum, as well as the other Turkish cruise ports.”

Irfan Tuncay, CEO of Istanbul Shipping and the official agent of Viking Cruises commented, “We have safely brought the crew of Viking Sea to Bodrum Cruise Port where all regulations in line with the Health and Safety measures required by the Ministry of Transportation and Infrastructure were implemented. After the provisions supply, disinfection of the luggages, the crew of Viking Sea boarded the ship. We look forward to welcome many more ships to all the ports of Turkey in the upcoming days for technical and cruise calls.”

Viking Sea, which has been waiting at anchor in Trieste, Italy for a long time, went to Limassol port after getting its crew and supplies from Bodrum.Viking Sea, built in 2016, has a capacity of 930 passengers.